Restoration and relocation of the Clock

The Charvet Clock, known as the "Horloge aux Guignols", an emblem of Lyon's heritage, was made in 1864 by Mr Charvet, the city's clockmaker, as a continuation of the window of his shop on rue de la Poulaillerie in Lyon's 2nd arrondissemnt. It was a clock face, then in 1884 the building clock manufactured by Bailly-Comte in Morez was installed, with its jacquemarts. For more than 120 years, it has amazed passers-by and the inhabitants, by setting in action every quarter of an hour the Jacquemarts respresenting Guignol and his accomplice Gnafron, as well as Harlequin and Polichinelle, to the sound of the Westminster carillon

It was maintained and restored, notably by Mr. Augis in 1988 who electrified the winding of the weights, before falling into oblivion and stopping ringing in the 21st century, until the city of Lyon acquired it in 2012 and decided to restore it and move it to the wall of the Gadagne Museum, located in the 5th arrondissement.

To highlight ghis marvel of clock-making and its characters, RL&A. designed a showcase in the image of jewellery showcases, as a precious case for the clock, and piloted the restoration of the clock and its mechanisms by specilaised craftsmen. 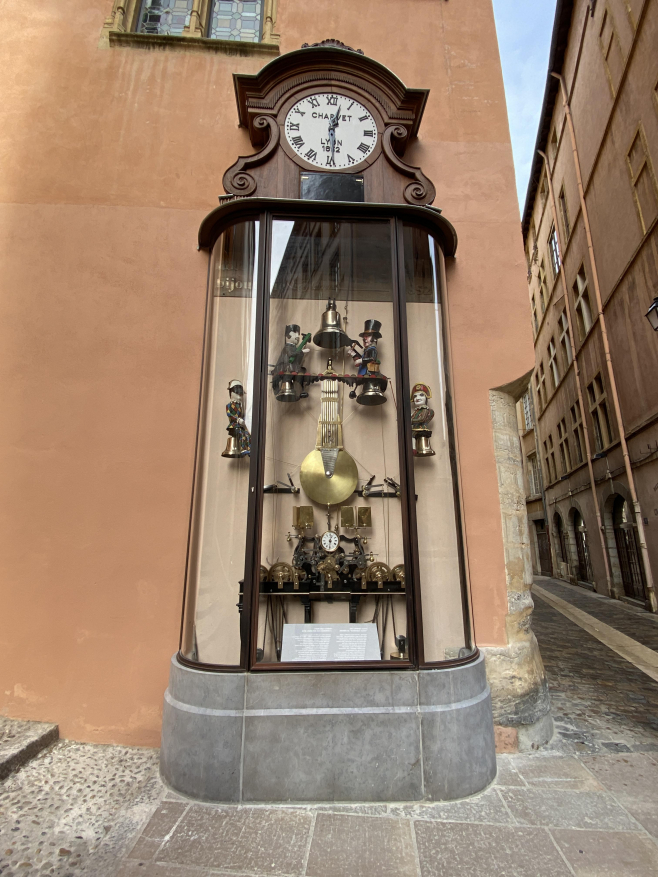 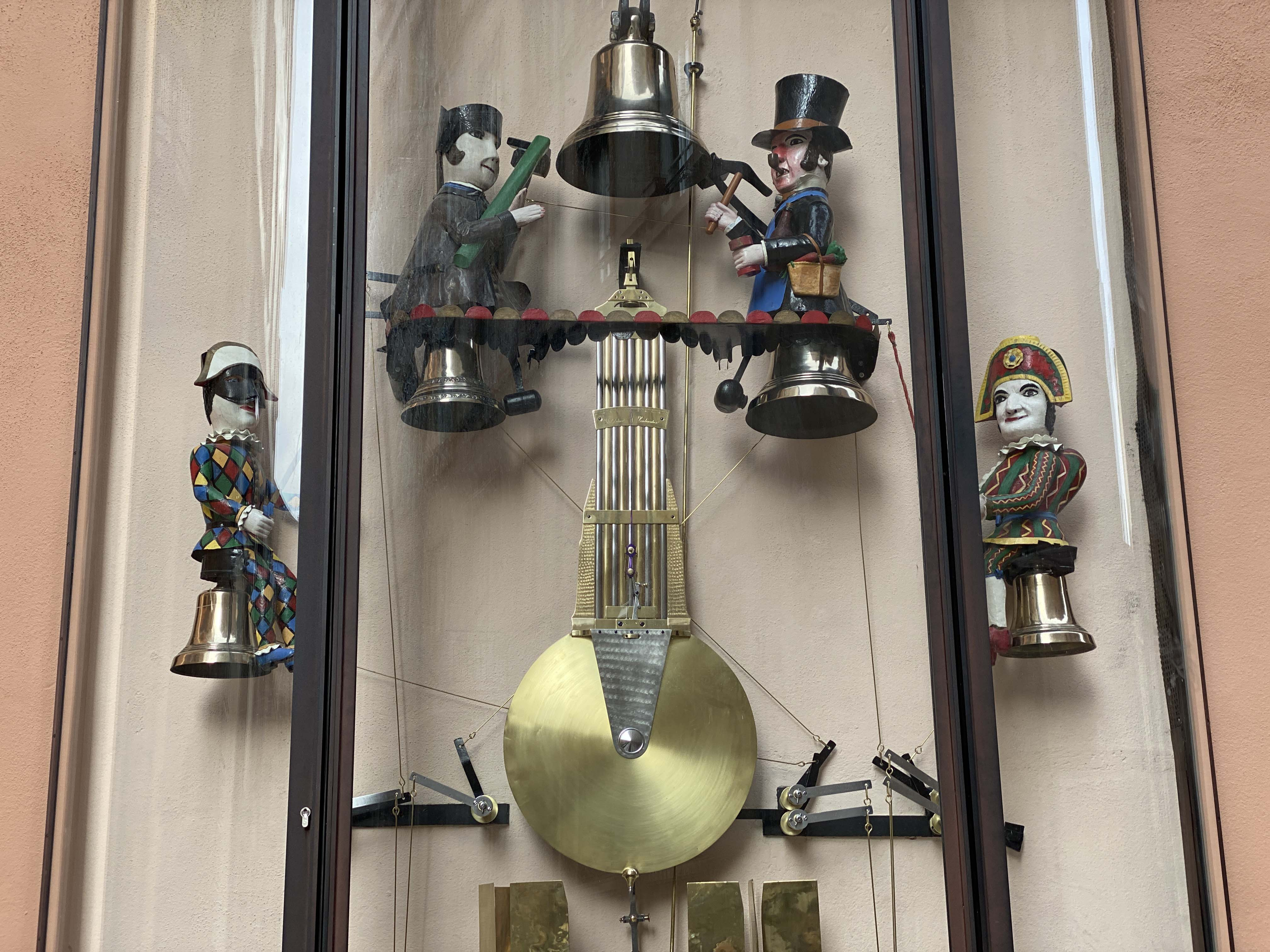 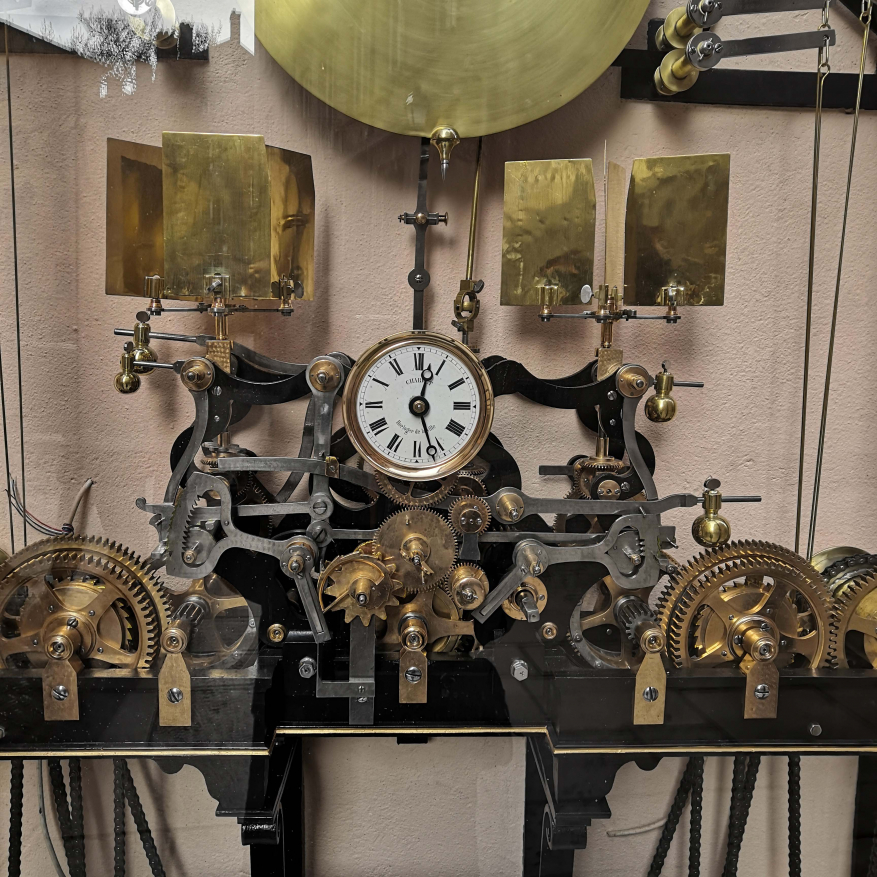 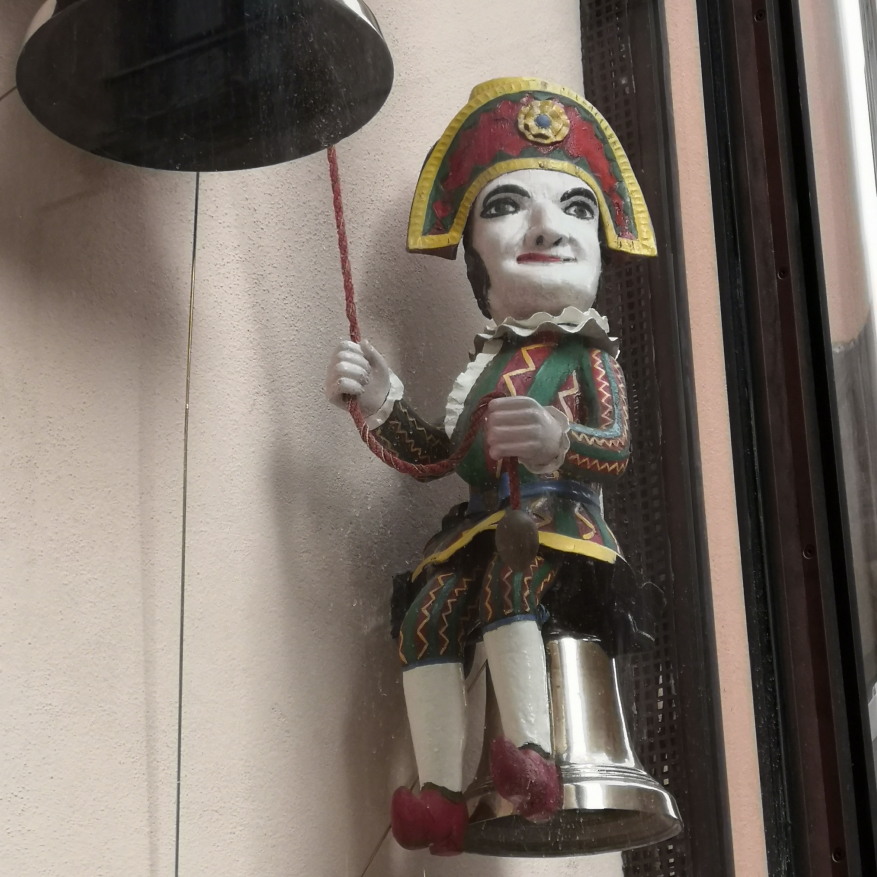 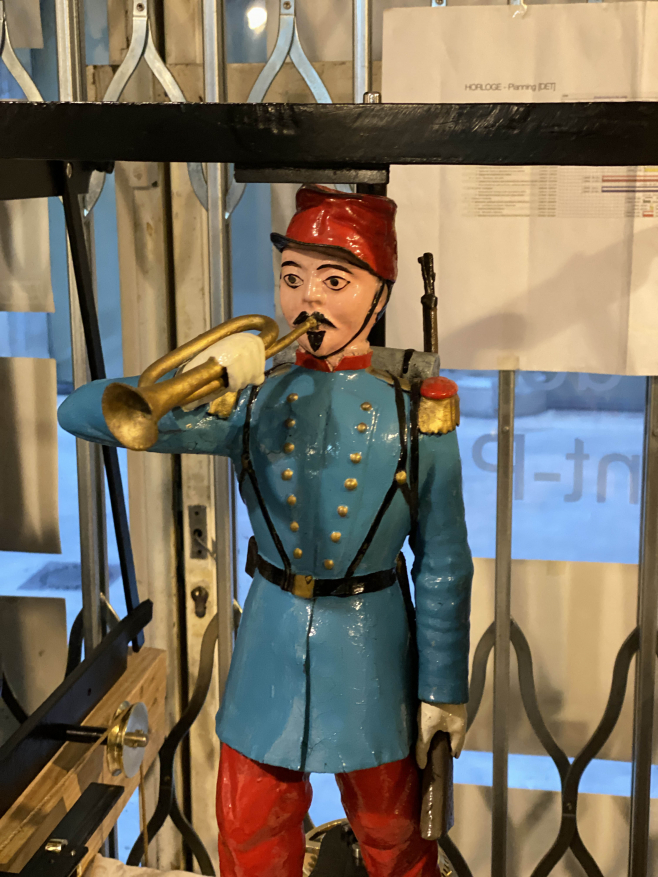 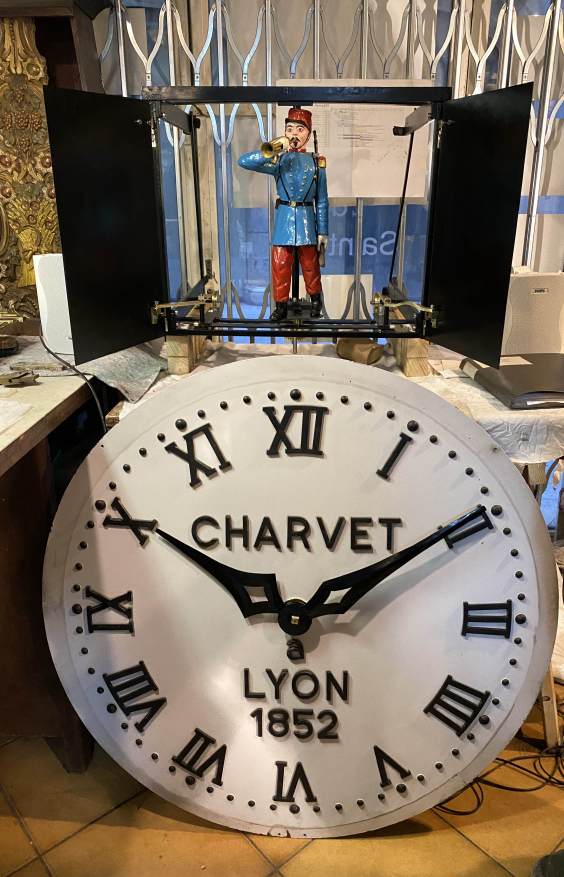 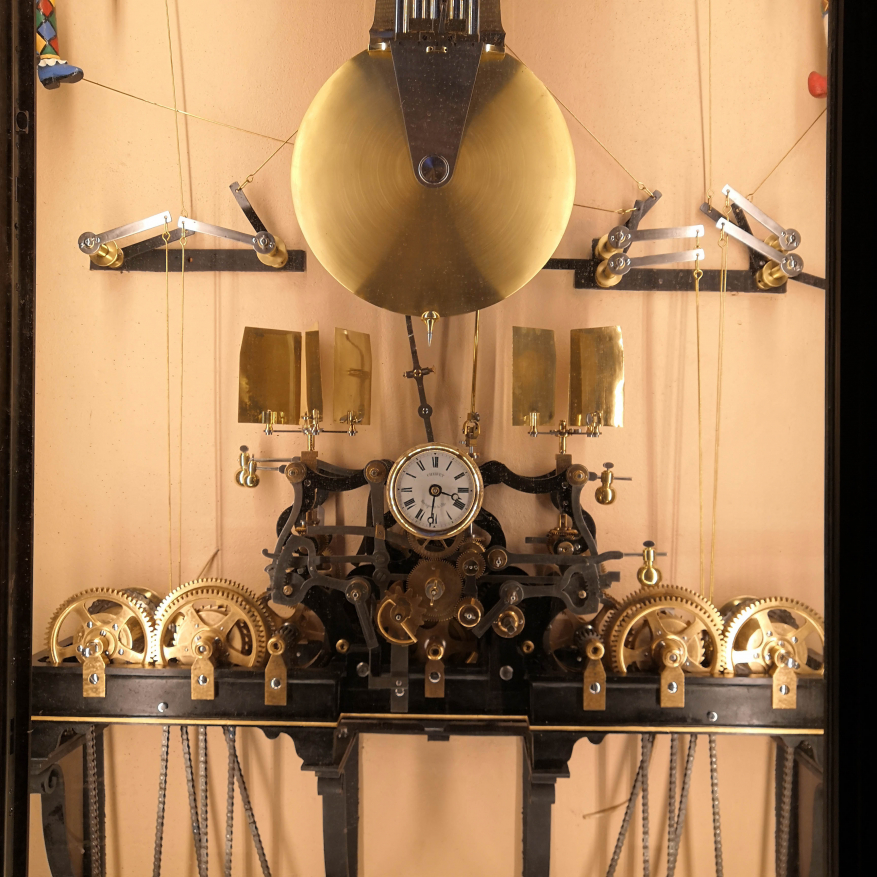